From Motion to M75 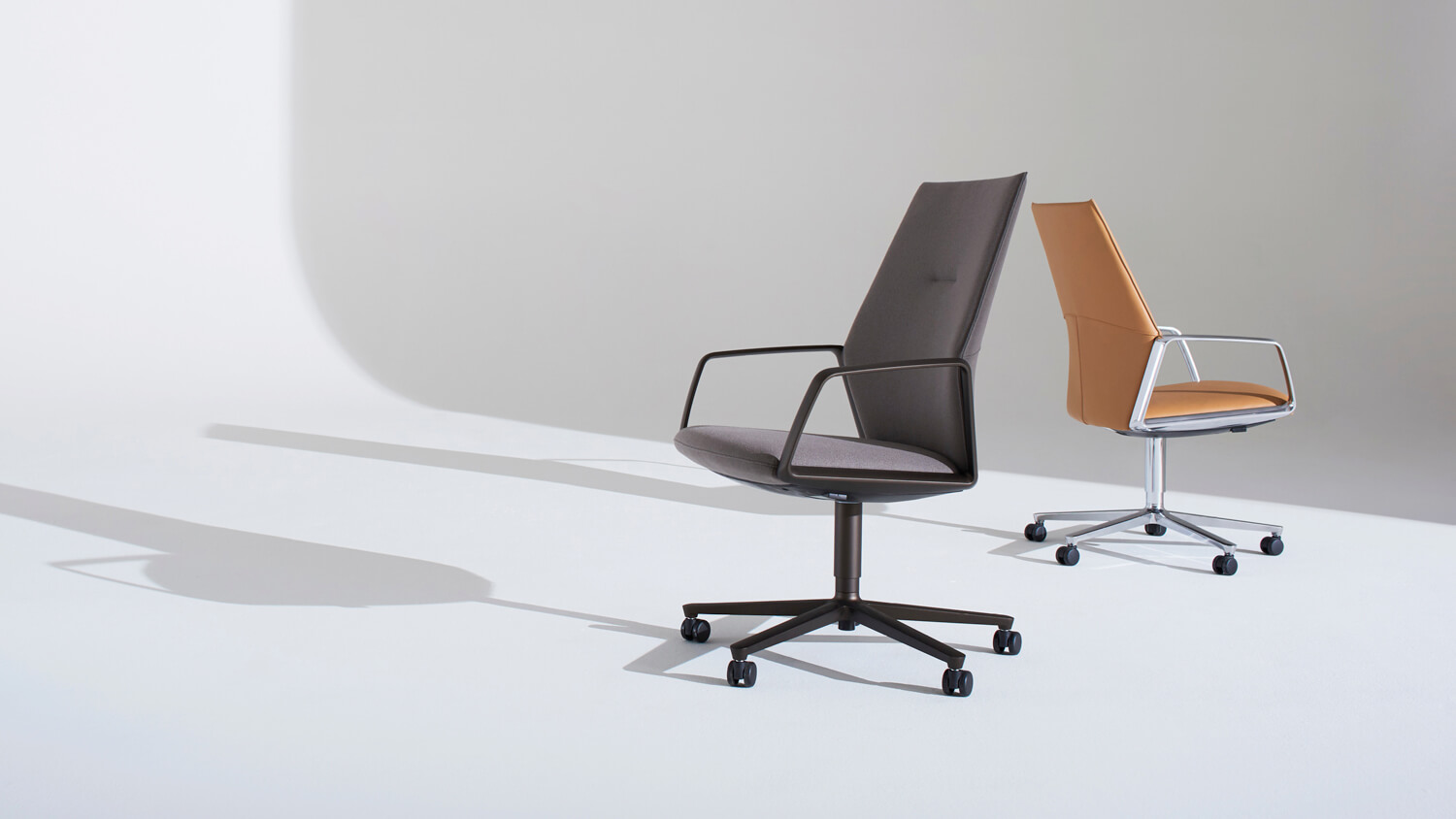 The Motion chair, designed by Burkhard Vogtherr and released in 1987, was a revolutionary design that responded to the user and capitalized on comfort and good ergonomic design. Unlike most other executive seating at the time, Motion moved in a manner that imitated the human body’s natural movement.

The patented mechanism, designed by Vogtherr, allowed for this innovative movement. Motion was a great success and was a staple of the Davis Furniture line for 25 years.

M75, designed by Burkhard Vogtherr and Jonathan Prestwich, is a modern take on this Davis classic. Davis approached Vogtherr and Prestwich and asked them to work together to modernize the classic design. With that request, M75 was born. This new evolution of a traditional executive chair is built for the 21st century workplace.

The geometry of the chair is designed so that the user acts as a counterweight for the movement of the seating mechanism.

To make the concept of the Motion chair relevant in the 21st century, the designers looked at how their lives have changed since the 1980’s. They found that today – as a result of our increased communication and major advancements in technology – we are highly stimulated throughout the day. This brings the need for furniture that is more visually calm and that works with the user without the need for adjustment. M75’s design is centered on the idea of taking away distractions.

Vogtherr and Prestwich took certain aspects of the Motion chair, namely the ideal comfort and the revolutionary mechanism, and worked to create the same result through a more sophisticated and modern design.